Total Movements was awarded this multimodal transportation project from ISGEC Hitachi Zosen Limited, Dahej, which specializes in the manufacturing of heavy industrial products. The packages transported were to be utilized by Indian Oil Corporation Limited, Haldia Refinery.

The sea transportation to Haldia Port was a smooth operation monitored by our team. All 3 packages were received on hydraulic axles at Haldia Port followed by custom clearance involving the completion of port formalities. 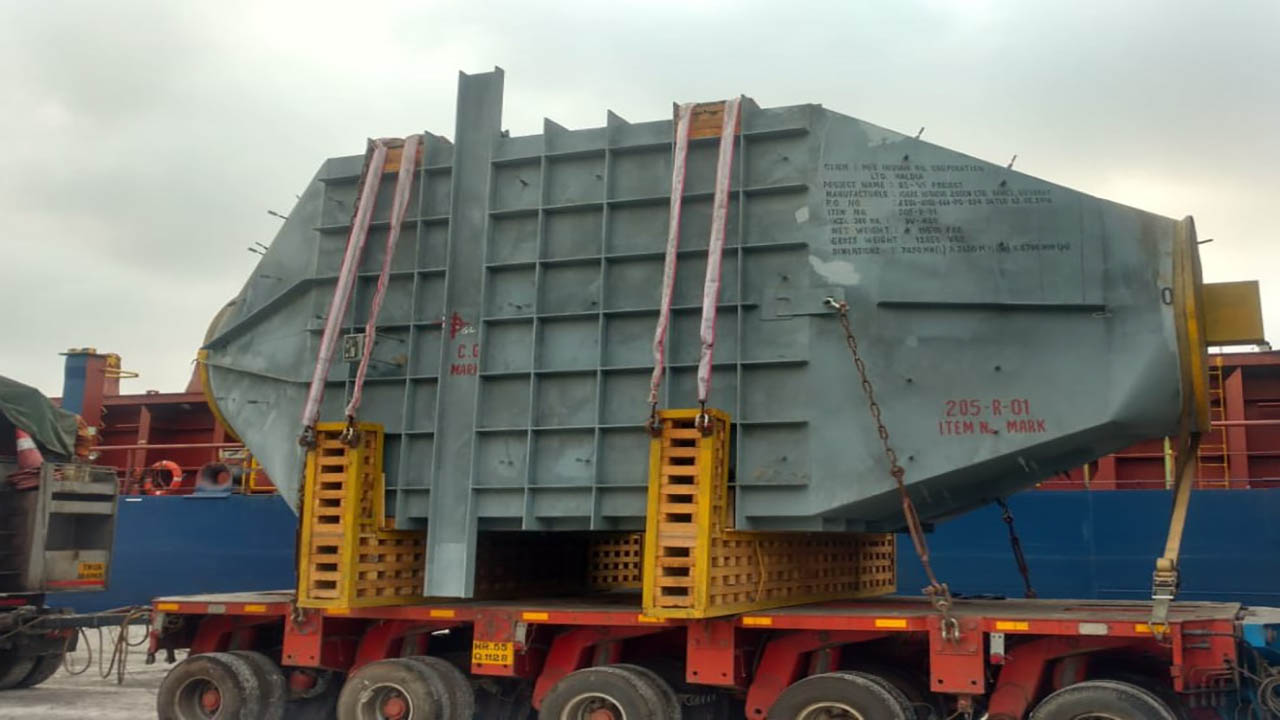 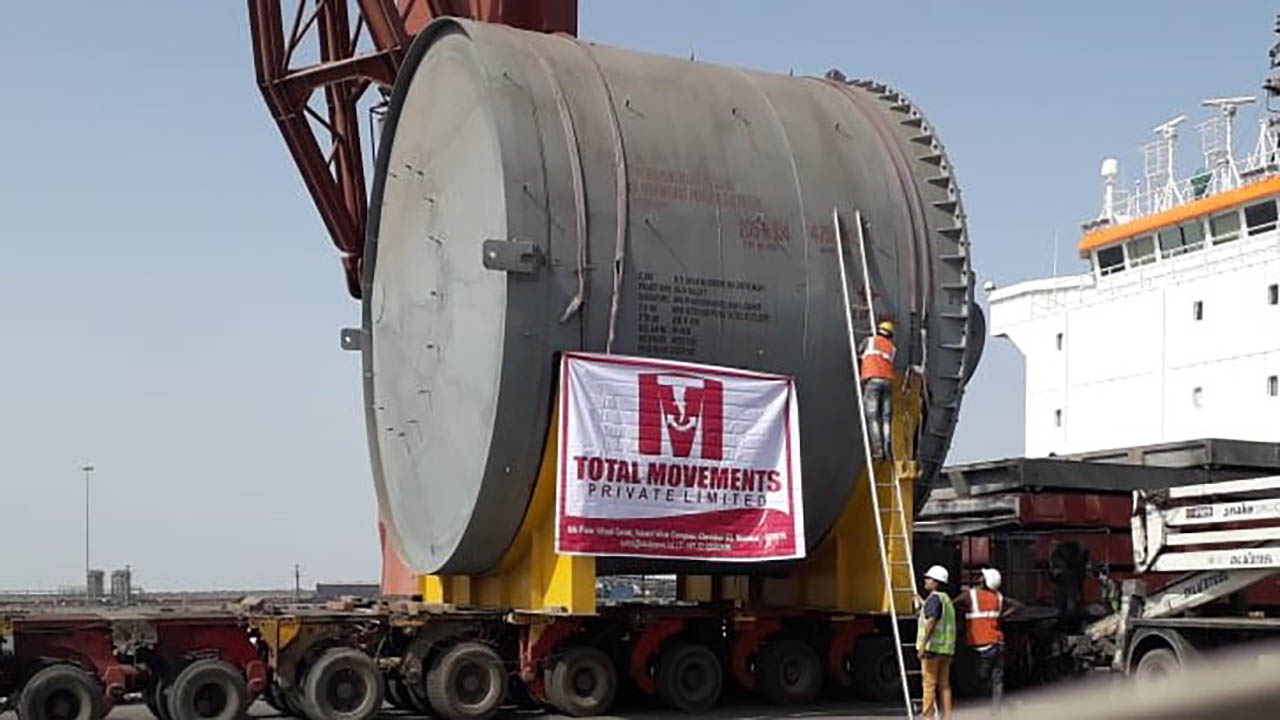 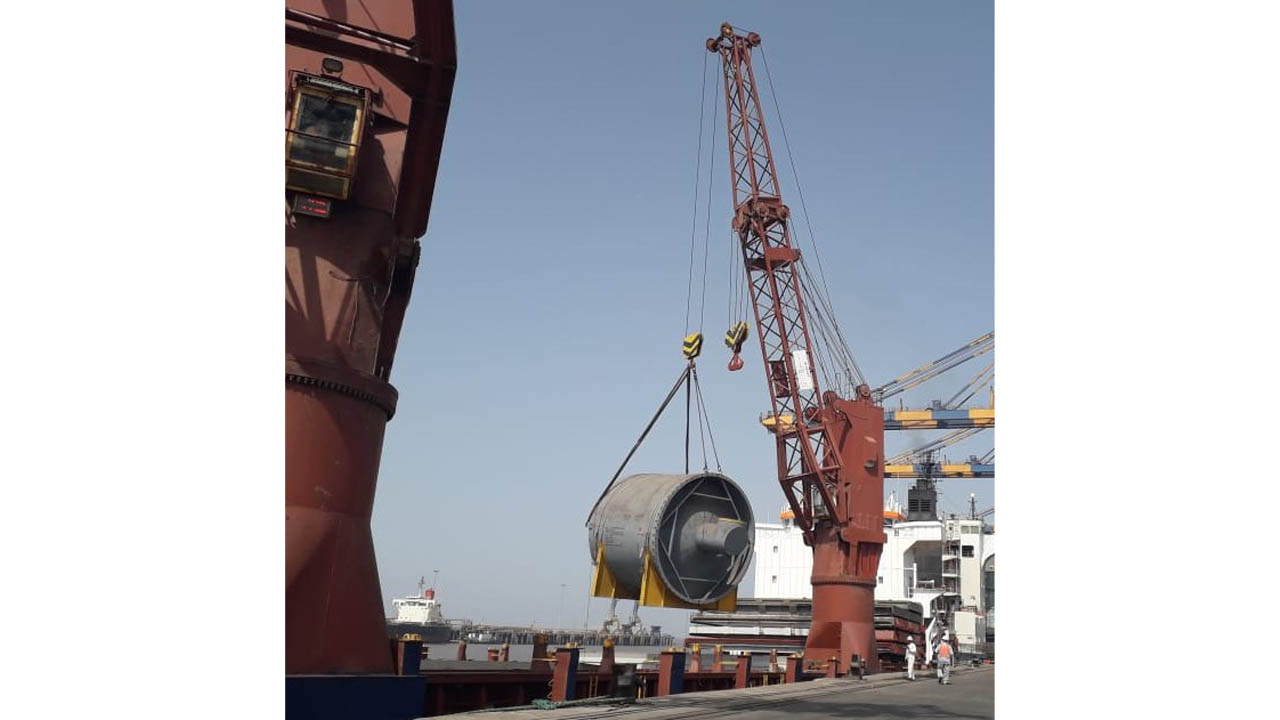